Tim and his wife Kelly reside in Mason City. Throughout the years, the YMCA have been part of their daily life. 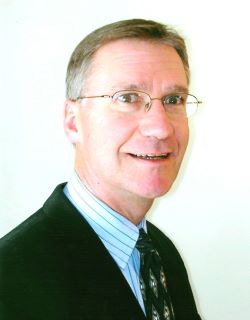 Dr. Timothy Weber was born and raised in Waterloo, Iowa. Tim attended The University of Northern Iowa where he received his bachelor’s degree in General Science. He completed his dental training at The University of Iowa College of Dentistry.

Dr. Weber and his wife Bev reside in Mason City. Bev has enjoyed being a teacher in the elementary school located in Nora Springs for many years. Together they have four sons (Shawn, Mark, Thomas & Alex) and two daughters (Mikan & Lindsay).

Terry Chartier, Past Board Chair

Terry is the Senior Information Service Director at Mercy Medical Center North Iowa.  He holds a Master's in Public Health Administration from Oakland University, as well as a Bachelor's of Science Degree in Industrial and Environmental Health Management from Ferris State.  While he has held many title's throughout his career, including Vice President of Healthcare Operations and Six Sigma Master Black belt, Terry has been dedicated to and takes great pride in developing people, improving operations, as well as delivering services that promote the health and well-being of the communities he's part of.  He has served in various roles with the YMCA, including Board President and received the Willis O. Patton Leadership Award in 2017. Terry and his wife Dawn moved to Mason City in 2014, where they joined the YMCA and fell in love with the people/community of North Iowa. The have four grown children and love the outdoors, biking and traveling. 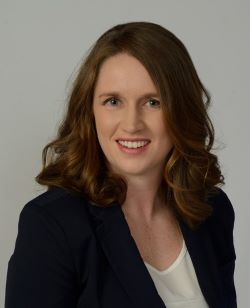 Mandi graduated with a BA and MFA in graphic design. She taught at the Art Institute of Colorado for 2 years, before starting her own software training business. She started Visual Persuasion (Adobe Software Training) in 2009, and sold it in 2015 after moving back to Iowa.

Mandi still takes on freelance graphic design projects, but now works primarily with her husband as a real estate entrepreneur. Her focus is analyzing the numbers on potential real estate purchases, and marketing. She also has her real estate license. Mandi currently serves on the Board of Directors for the Mason City YMCA, the Clear Lake Arts Center and the Mason City Pickleball Club.

Mandi grew up at the Mason City YMCA, and worked for the organization as a lifeguard and swim instructor throughout high school and college. Her YMCA experience has come full circle, as she now brings her daughter to the ‘Y'. Mandi enjoys spending time with her family, traveling, running and playing pickleball.

Pat is Vice President of Ag and Business Banking for Clear Lake Bank & Trust. Pat has more than 30 years of banking experience across North Iowa.

Pat is a graduate of Iowa State University with a Bachelor of Science in Ag Business. In addition to the YMCA Board Pat also serves as the Treasurer for Mason City Meals on Wheels, is a member of the Epiphany Parish Council, serves on the Cerro Gordo County Compensation Board, and volunteers for a number of other causes.  Pat also served on the YMCA Board and was Board Chair, in the late 1990s.

Pat, his wife Cinda, and children Marco and Isabelle reside in Mason City. 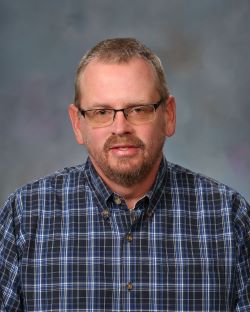 Bill is a native of Mason City, Iowa. Graduated of Mason City High School in 1986.  Attended NIACC and received his AA degree in 1988.  Graduated from UNI with a BA in Social Work 1990.

In addition, Bill earned a Business certificate from DMACC and a Nursing Home Administrator License in 1992. Bill was hired as Assistant Administrator at Good Shepherd in Mason City from 1991 to 1996.

From 1997 to 2017 Bill served as Administrator for the ABCM Corporation overseeing Independent & Assisted Living and Rehabilition Centers in Nora Springs and Elma, IA.

Bill and his wife Katie with son Joe live in rural Mason City on a 22 acres farm. Bill and son Joe enjoy the same birthday. An enthusiastic and accomplished outdoorsman, Bill’s passion includes hunting, fishing, trapshooting & birding. You can always find Bill and Katie working out at the Mason City Family YMCA. Bill is currently on the YMCA’s Board of Directors

Mary is a native of Mason City. Mary’s family have been YMCA members since the 1980's.  She received her undergraduate degree from Iowa State University and her Physical Therapy degree from University of Iowa.

Mary serves on the MacNider Art Museum Board and The Children's Theatre Foundation.   She plays flute in the New Horizons Band and the North Iowa Concert Band and plays in Bell Choir at church. She enjoys swimming, biking and running and has participated in a variety of races, including completing an Ironman Triathlon in 2013.

Mary and her husband Rusty live in Mason City.  They have three grown children and have enjoyed raising their family in Mason City and being part of the community.

A long time resident, Steve has lived in Mason City since 1989 and a member of the YMCA since 1994.

Steve has returned to the Board and is a past President of the Mason City Family YMCA.

With a passion for the YMCA, Steve has coached youth basketball teams and participates in morning Boot Camp.  He is a strong believer in the impact the YMCA creates throughout our community.

Steve is an Agent/Owner at Edwards-Brandt Insurance.

Steve and his wife Carleen reside in Mason City and have two sons. 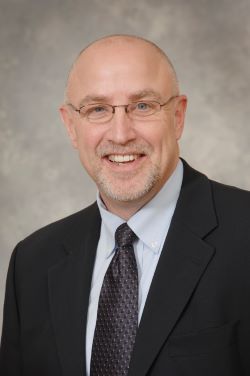 Bob is the Owner of Genesis Enterprises and Hospital & Health Care Consultant.

Bob has over 25 years of professional hospital/clinic administration including the last 11 years in interim Administration and Consulting services to a variety of healthcare clients on a contractual and/or project basis.

Bob received his MBA from University of Iowa in 1989.

Bob resides with his wife Joanne in Mason City and is active with River City Morning Kiwanis.

Brad is the Principal of DeVries & Price PC in Mason City.

A Native of Clear Lake where he continues to reside with his wife. He has three grown children. He loves sailing, hockey, the Iowa Hawkeyes and the YMCA. 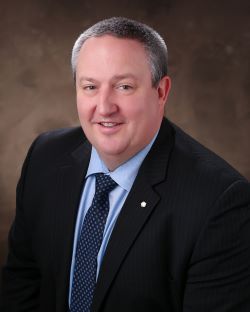 Pete has a BS degree from the University of Iowa and a master’s degree in Public Administration from Drake University in Des Moines. Pete also completed the Northwestern University Center for Public Safety’s School of Police Staff and Command (SPSC) in 2005.

Pete was sworn in as the Clear Lake Police Chief on August 3, 2015.

At home, Pete is married with two children. He loves spending time with his family, volunteering at church, reading, and is an avid fan of the Kansas City Chiefs, the Atlanta Braves, and the Iowa Hawkeyes.

Steve is a “Native Iowan” having grown up in Muscatine, Iowa.

Graduated from Iowa State University in 1998 with a BS in Construction Engineering.

Steve is currently the Vice President of Pre-construction Services at Henkel Construction.

He currently resides in Mason City with his wife Molly (who he met at the Y) and two kids. 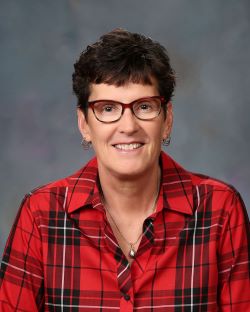 Nancy Wiltsie was born and raised in Prairie du Chien, WI.  She graduated from the University of Wisconsin-Madison with a BS in Elementary Education.

Nancy spent her entire teaching career in Mason City teaching at both Harding Elementary and Lincoln Intermediate School.  After 34 years in the Mason City Schools district, Nancy retired in 2017.

Nancy is an active volunteer in the community working with Main Street Mason City and serves on the Board of Directors for the YMCA.

Nancy also served on the Mason City Swim Club Board and Mason City Booster Club as a representative for Girls’ Swimming and Board secretary.

Nancy and her husband Doug reside in Mason City.  They have two grown daughters, Anna and Emily.